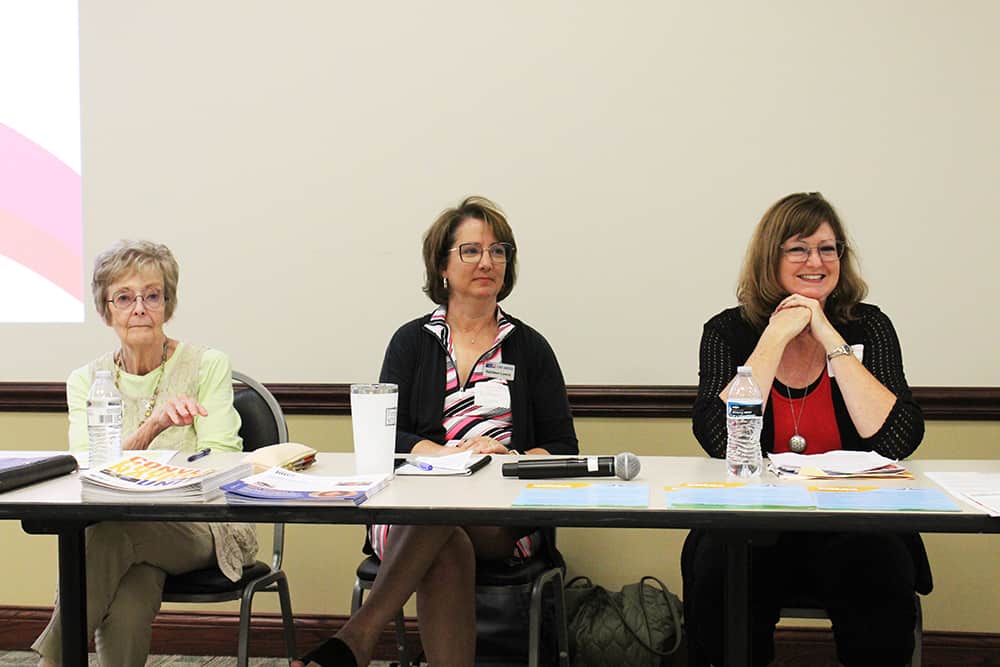 Working parents face serious challenges coming out of the pandemic, but access to quality childcare and public transportation are not unique to the COVID-19 era.

A panel discussion convened Tuesday, Sept. 20, 2022, by the Illinois Prairie Community Foundation’s Women to Women Giving Circle brought together experts and concerned citizens to discuss potential solutions for families who are hanging on by a thread.

According to Becky Heerdt of the Child Care Resource and Referral Network, childcare in a licensed facility runs the average McLean County family $300 per week for a single child under the age of 4. In-home care can be slightly less expensive, but for many families with more than one child, the price tag can be untenable.

During her presentation, Heerdt said families often are faced with a cost-benefit analysis, weighing the benefit of working when a large percentage of their paycheck goes toward childcare. Despite the high out-of-pocket cost to working parents, Heerdt said childcare centers are struggling to maintain a workforce.

“Being a childcare provider is a very stressful job because there is so much to balance,” said Heerdt in an interview with WGLT. “Between being a teacher, and then if there’s toilet training that needs to go on, feeding the kids and playing part social worker — there are so many roles.”

Heerdt said the state of Illinois is looking at allocating funds to alleviate access barriers. But in the meantime, many daycares are not able to fill to capacity.

“A lot of the classrooms are closed right now in certain centers because of the fact that they don’t have quality staff,” she said.

Connecting workers to professions in need

“It can cost as much as $25,000 annually in public benefits,” Lorenz said after the panel. “If we can help people find their way to be more stable in their income source, we can wean them down from the cost of those public services and they can begin to earn an income of say 35, 45, maybe even $50,000 to start.”

What about in-demand jobs that do not adequately pay? Lorenz lists childcare and early childhood education among other fields like health care, emergency services such as paramedics and firefighters, and trades like welding on the list of professions Workforce180 helps people enter.

But as Heerdt reiterated, childcare workers face serious challenges of their own.

“Childcare providers are underpaid. Many of them don’t have health benefits. Many of them are not offered any type of retirement plan,” Heerdt said. “Yet their requirements to have education keeps rising.”

A small but impactful solution could be making it easier for some in McLean County to get to work.

Connect Transit trustee Judy Buchanan, who also spoke on Tuesday’s panel, said the company is researching several programs that could make it more possible to get from point A to B without a vehicle.

“As much as we would like to have more stops and more routes, that just isn’t possible right now,” Buchanan said.

Programs in the works include micro-transit service from any location to a fixed bus stop upon request.

“One of the things that we continue to hear from people is the distance,” Buchanan said, “the number of blocks they might have to walk to get to a bus stop.”

“Some of our larger employers in the community, we know, have people coming from outside of the city limits,” said Buchanan, who likened the idea to a now-defunct van service that State Farm headquarters offered to employees living in Clinton.

“The van pool idea worked at one time,” she said. “Is it time to bring it back?”

In May, the Normal Town Council approved $200,000 in annual funding through 2026 from the American Rescue Plan for the micro-transit program and cobalt route. Buchanan said micro-transit and van pooling are still in the exploratory phase.

The Women to Women Giving Circle is a component fund of Illinois Prairie Community Foundation. If you would like to support the fund’s mission, donate online.