Youth Engaged in Philanthropy (YEP) is a program in which 20 to 25 area high school students delve deeply into the nonprofit world in a way few others have the opportunity to do. They explore the meaning of philanthropy, the need and the impact. Then they are charged with developing a grant application, promoting the availability of $10,000 in grants, reviewing applications and selecting the youth-focused programs that will receive funding. YEP builds leadership and teamwork skills while engaging participants in a unique, philanthropic experience.

During the second year of YEP, in addition to the grant cycle, members initiated activity to begin an endowment. Inspired by the anonymous donor who provides $10,000 annually for them to grant, the members wanted to take steps so that the YEP program will be available far into the future to positively impact both YEP participants and programs that receive grants.

Reflections on the Birth of YEP’s Endowment

The summer after Youth Engaged in Philanthropy's inaugural grant cycle (2013-2014), several of the veteran youth (those who had a year's experience in the group) had the opportunity to go together to a conference in Michigan where they were able to network and learn with many other youth philanthropy groups. 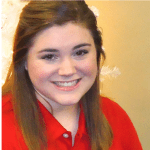 While all of these groups share similar missions, the paths towards empowering youth in this unique way looks different in each YEP (or YAC -Youth Advisory Council)) group. Our central Illinois group chose to split up during the days. They would attend sessions with youth from other groups. They would eat lunch with others and make new friends each day.  By forming these relationships, they were learning a lot about both the similarities and differences between our organizations. Each evening for dinner, the youth from our YEP and the present mentors would eat together. We would debrief each day and talk about what we learned and what that could mean for our own YEP group.

Towards the end of the school year, the members had started to ask questions like “What happens if our generous donor stops donating?” As mentors, we worked hard to make sure YEP was youth-guided. We thought it was important for all major decisions (such as how to fund YEP and ensure our sustainability) to come from the youth. When debating which grant proposals to fund, the youth often discussed whether the programs of the local organizations could be sustainable in future years without YEP funding. It was very exciting to see the youth use this same lens to evaluate their own program. The discussion about the longevity of YEP took a bit of a backseat when we received news that YEP would continue to be funded in the immediate future by this same generous donor. Attention then turned to recruiting for a second fun-filled year of doing good!

During one of these debriefs at the Michigan conference, this discussion returned, but this time, the youth had a solution in mind. Some of the other groups had endowment funds that supported their programs. The YEP members decided to bring this idea back to their new cohort that summer, and the idea took off from there.  In true YEP fashion, youth developed the idea of starting an endowment, the youth debated pros, cons and other options, then reached a consensus.

Once they had a goal in mind (to raise $10,000 between December 2014 and June 2015), they pushed full steam ahead into developing a committee to create concrete goals and milestones. All YEP members donated (even very small amounts) to show their support for the cause. They invited speakers who had experience with fundraising. They practiced "asks" and used their social network to organize meetings throughout the community. Within a year, they had raised enough money to open their own endowment fund and ensure the sustainability of an IPCF Youth Engaged in Philanthropy initiative. In fact, they far exceeded the goal (raising $24,000 in that time period), ensuring the fund would be fully endowed!

The group's fundraising and friend-raising continues. Please be a part of their effort to make YEP a self-sustaining program for the benefit of youth in years to come by donating to the YEP Endowment Fund.