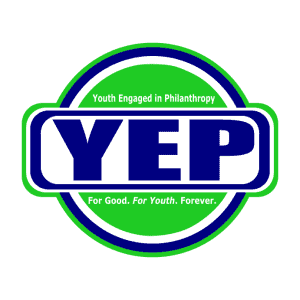 In 2007, shortly after becoming Executive Director of Illinois Prairie Community Foundation, Myra Gordon attended the Community Foundation of Northern Illinois’ annual dinner. She was very impressed with the involvement of youths from their youth philanthropy initiative, called “In Youth We Trust.” Members of the group were assigned to each table at the dinner. “They spoke eloquently and enthusiastically about their work in the group,” Myra said. “I wanted us to start something here like that, but knew at the time, that we did not have the resources to do it.”

The next year, Tracy Gary, a nonprofit consultant from Texas, spoke at IPCF’s first Philanthropy Luncheon. Tracy also helped the Community Foundation plan for what eventually became the Women to Women Giving Circle and directed a board training exercise. Over dinner, she discussed youth philanthropy initiatives with a small group. Despite enthusiasm for a program, lack of resources and time worked against getting a youth philanthropy initiative going at that time.

The following fall, Deborah Halperin with Illinois Wesleyan University's Action Resource Center notified Myra about Blair Wright, a freshman at IWU who had been in the youth philanthropy program in her home area of Sandwich and was extremely interested in starting such a program here during her time at college.

Myra contacted a donor who had recently established a Youth Endowment Fund with the Community Foundation to gauge her interest in funding a youth philanthropy program here. The special donor agreed to fund the first year of the Youth Engaged in Philanthropy program, making a gift that covered both the costs of the program and $10,000 that the youths would use to make youth grants for the Community Foundation (upon IPCF board approval). 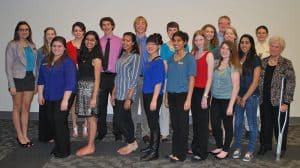 Myra also contacted her friend Sandy McGhee, who had been a youth programs person for the Cooperative Extension Service here in McLean County for many years. Sandy was interested in setting up a program that would give youth more leadership experience and Myra asked if she would be willing to co-lead a youth philanthropy program with Blair. Sandy was enthusiastic and she and Blair proved to make an excellent team.

Blair visited some of the local high schools to recruit our first group. Blair remained as a group leader for the remainder of her Wesleyan years. “I am extremely grateful to both Blair and Sandy for making this program a part of the work of the Illinois Prairie Community Foundation,” said Myra. “I am delighted that through my work, I was able to play a role in getting this great group established. Thanks also to the pioneer group of youths who led the way in establishing the program.”