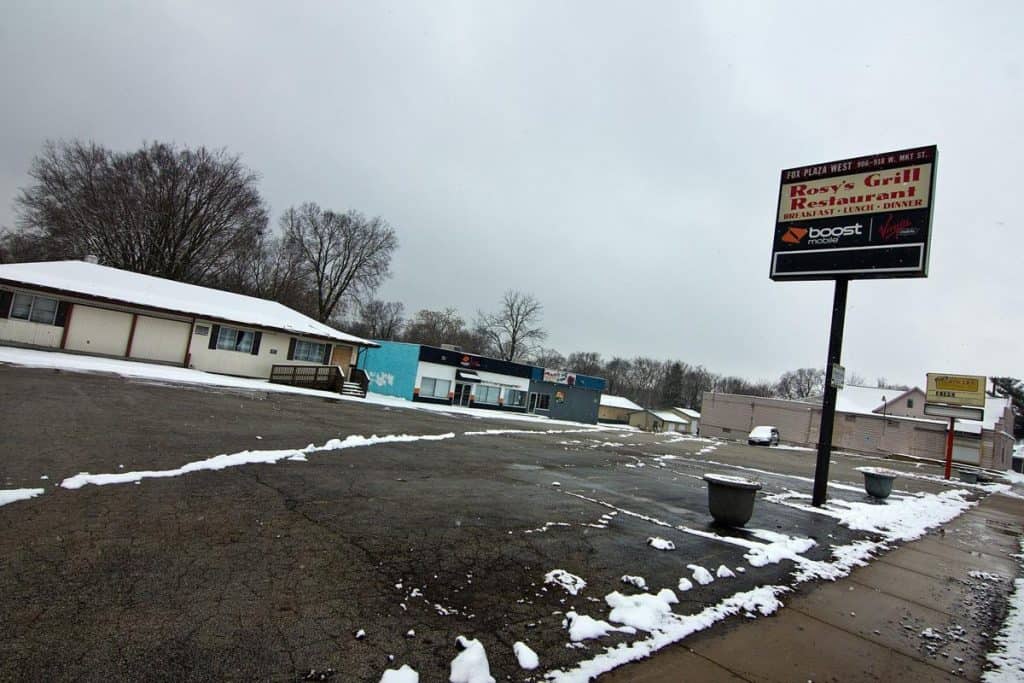 Reposted with permission of The Pantagraph

BLOOMINGTON — A proposed redevelopment of the West Market Street Plaza will become a reality soon due to strong support from the business and residential community say two west side Bloomington leaders behind the project.

About 60 people attended a community forum at Mt. Pisgah Baptist Church Saturday evening where the preliminary architectural drawings for the project were unveiled.

The plaza at the intersection of Market and Howard streets known as Fox Plaza West has been a long-time retail/commercial center for west Bloomington. However, all of the properties at the site are in the process of being demolished and soon, the West Market Street Council hopes to take ownership of the property.

Once built, the West Market Street Plaza is expected to be home to several retail businesses, at least two community service agencies and a grocery store.

The United States Department of Agriculture has previously identified the west Bloomington area as a “food desert” because of a lack of a grocery store in the area. The plan, say Haynes and Bell, is to build a not-for-profit grocery store as an anchor in the plaza.

Other businesses, including the Silver Back Apparel Company and One Stop Print Shop owned by Haynes, a food caterer, a yoga studio and a gourmet popcorn shop, have all expressed interest in locating to the plaza, Haynes said.

Both admit there is still much work to be done and the preliminary sketches done by Workbench Architects of Bloomington are just to give an idea of what the proposed property could look like someday. A definite timetable has not yet been set.

The key, she said, is to open debt-free and then rely on sales revenue for operating costs.

“The community support to get that grocery store and outfit is a big part of the project ahead of us,” she said.

Illinois Prairie Community Foundation serves as fiscal sponsor for the West Market Street Council. If you would like to support this effort to reduce the food desert in West Bloomington, please donate online. If you prefer to make a donation in another manner, click here for information.