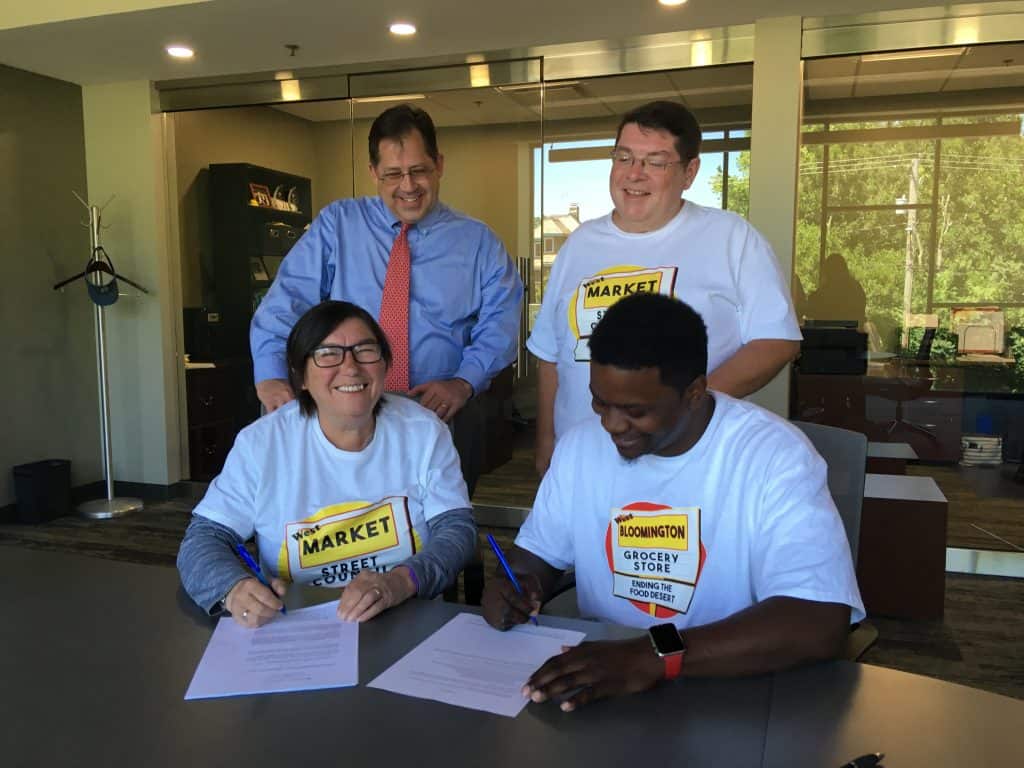 Reprinted with permission of WGLT

Ending the food desert that stretches from the west Bloomington Walmart to the Main Street Kroger is a priority for the West Market Street Council.

Project Coordinator Laurie Bell said they have met with Mayor Tari Renner and Bloomington’s Economic Development Department about the plaza at Howard and West Market streets.

“And what we proposed to them was that the City of Bloomington take responsibility for the purchase of the land, either through the Community Development Block Grant or financing, basically holding a mortgage for the businesses that will locate there. So, we’d like the city to step up and get their hands on the property,” said Bell.

Bell said discussions will continue. She said an out-of-state resident owns the land and has done little with it. She said the city has filed various liens and fines because the owner has allowed the property to deteriorate. She said that gives Bloomington leverage.

Over several decades other efforts to start or preserve grocery stores have failed in what has become a food desert.

Bell said this time will be different because it’s happening during an economic expansion instead of a contraction, and other reasons.

Bell said the council has opened a fundraising account at the Illinois Prairie Community Foundation to accumulate money to begin planning a grocery store.

Council member Julie Emig is also on board the effort. Emig donated the remaining amount in her campaign fund to the community foundation account to go toward planning and architecture designs for a new grocery and complex of other stores.

“This will enhance our city for everyone, especially welcoming Route 66 and all visiting tourists, business visitors, and residents who arrive in Bloomington from the west,” said Emig.

Bell said the council has also heard from several businesses that might want to locate in the plaza to revive what used to be a western gateway to Bloomington.

If you would like to help the West Market Street Council meet the goal of creating a grocery store, please donate online. If you prefer to make a donation in another manner, click here for information.