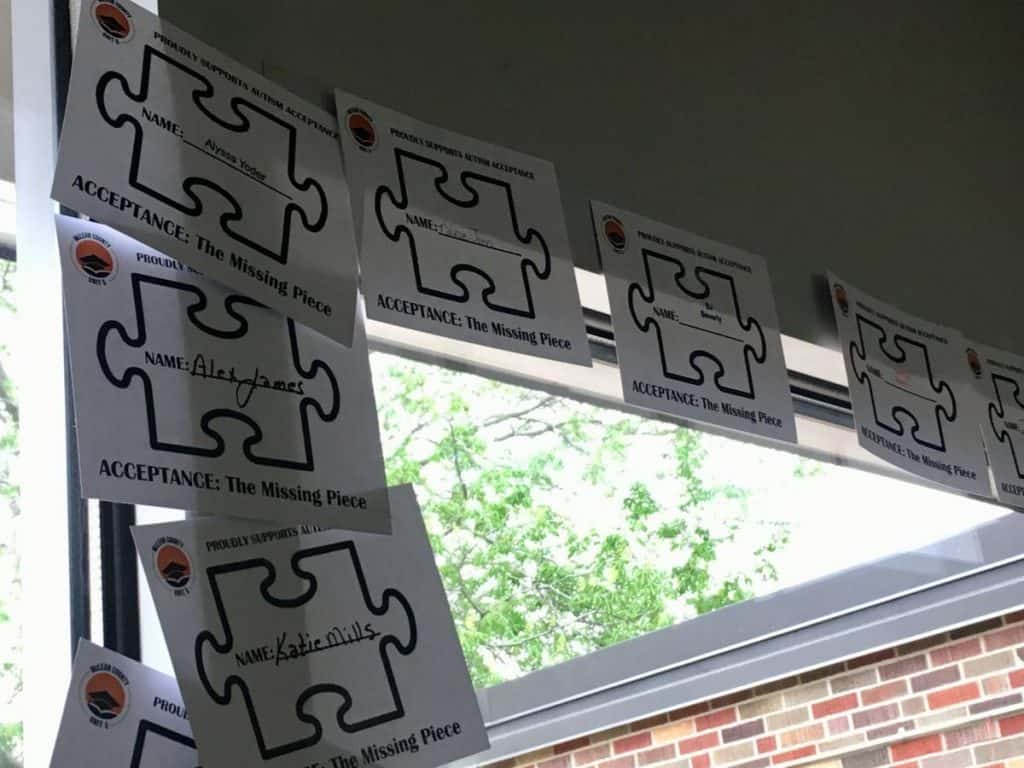 NORMAL — Autism Awareness Month has been about more than awareness in McLean County Unit 5. This month, the district is working toward acceptance — one puzzle piece at a time.

Each school in the district has sold puzzle pieces throughout April to raise money in support of special education funding in honor of Jon Miskulin, a former student who had Asperger syndrome.

Before Miskulin graduated from Normal Community High School in 2011, he started a foundation to spread acceptance for those on the autism spectrum.

“When he got to high school it all clicked for him because he decided to stop being afraid of people finding out that he was autistic and wear it proudly on his sleeve and his whole world just turned around for him,” said Jon’s mother, Geralyn Miskulin.

With the H.E.A.L Foundation, or Heroes Embracing Autistic Lives, Jon raised money for special education resources and spoke about his experience living with autism.

When he was 20 years old, Jon was in an accident and died. Just before he passed, his siblings lay with him and promised to carry on his message.

“They promised him that in his absence they would be his voice,” Geralyn said. “So for us this is not just keeping his foundation alive — it’s about keeping a promise to a dying baby brother.”

His mother kept that promise, coming back to the Unit 5 school board year after year to pitch the idea of selling puzzle pieces, and this year they made it happen.

“I thought wouldn’t it be really cool if we as Unit 5 just papered the whole school district with puzzle pieces, I mean just like wrapping paper and what that would have meant to him to have seen that in his lifetime,” she said through tears. “So it was just a huge tribute when they said ‘We already decided to do it.’”

Rather than “Until all the pieces fit,” which is commonly used during Autism Awareness Month, the Unit 5 puzzle pieces read “Acceptance: the missing piece.”

“It’s just a matter of being respectful and accepting of people that are different than you,” Miskulin said.

The puzzle pieces are available for $1 in each Unit 5 school office. District officials said students and teachers have been buying them all month, lining doorways and walls with signed pieces.

The proceeds from the puzzle pieces will go to the Unit 5 Educational Foundation to fund special needs programming in the schools.

“I think for Jon looking down from heaven seeing the schools wrapped in puzzle pieces, he’ll say ‘Finally, finally, Mom. We have acceptance.’ And if he’s some small part of that, it’s even better,” Miskulin said.