In addition, Laurie Bergner, Gregg Chadwick, Mark Jontry, Laura Kowalczyk, Sharon Mills and Cat Woods were elected to the board at the IPCF’s board meeting on June 21. Each will serve a three-year term, at which time they will be eligible for re-election.

Bergner of Normal is a licensed clinical psychologist with more than 30 years’ experience in private practice in Bloomington.

She is a consultant for the Bloomington Police Department, Center for Human Services and other organizations. She has been involved with Unit 5 schools, and has had a variety of roles on the boards of the League of Women Voters and the Immigration Project. She was a recipient of YWCA’s Women of Distinction Award in the Professions in 2006.

Bergner has a doctorate in Clinical Psychology from the University of Colorado. Her free time includes swimming, bicycling, reading, lots of travel and photography. She has raised two children, now grown with young children of their own. 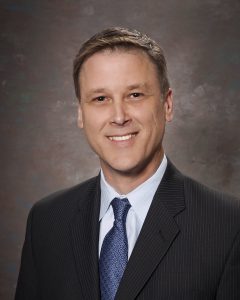 Chadwick of Bloomington is a native New Englander and holds an MBA in health care administration from Boston University. He moved to Central Illinois in 1997 and has worked for several health care and non-profit organizations in Central Illinois. He recently joined Marcfirst as Chief Operating Officer.

In 2002, he joined the board of trustees at Heartland Community College and has won re-election to the board three times, most recently in 2017.  He has served as chair of the Heartland board since 2009.  Gregg also serves on the advisory council of the Bloomington-Normal Multicultural Leadership Institute, the BN Advantage metrics task force, the Greater Peoria World Affairs Council, the Global Sepsis Alliance strategic resourcing committee, and has held leadership positions with the Illinois Community College Trustees Association and the Illinois Medical Group Management Association.

Chadwick and his wife, Robyn Walter, live in Bloomington. They have three children. 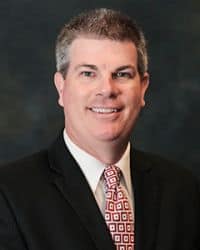 He is a Eureka College graduate (B.A. in History Education, ’94) and earned his master’s degree in Education Administration and Foundations from Illinois State University.  He currently serves on the Children’s Discovery Museum Foundation board as Treasurer and previously was board president. He has previously served on the Illinois Community Health Charities board. 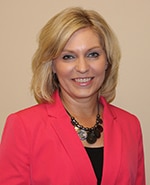 Kowalczyk of Normal is the Coordinator of Senior Professionals at Illinois State University, a role she has been in since September of 2012. Prior to that, she was the director of Marketing and Communications for YWCA McLean County for six years and worked at The Pantagraph as a market research analyst and a community service specialist for just shy of 10 years and at Heritage Enterprises as marketing director before that.

She has a bachelor’s degree in Public Relations and a master’s degree in Communication, both from Illinois State University. She is a 2000 graduate of Leadership McLean County.

In her spare time, she enjoys spending time with her husband and two children.

She also serves as administrator for the DeWitt County Community Mental Health Board whose mission is to provide access to comprehensive, community-based services in an efficient and effective manner to residents of DeWitt County with mental illness, substance abuse, and developmental or intellectual disabilities. She became a certified instructor for the 8-hour Mental Health First Aid and Youth MHFA courses in 2017. The Central Illinois AHEC is working with the McLean County MHFA Collaborative, AmeriCorps MHFA Corps, and other organizations to promote and deliver these courses in Central Illinois and develop trainers.

Mills is a member of the global Play for Peace community “to bring together children, youth and organizations from communities in conflict, using cooperative play to create laughter, compassion and peace.” She earned a bachelor’s degree in psychology and speech/communication from Marian University, Indianapolis, and earned a master’s degree in industrial/organizational psychology from Illinois State University, Normal.

She lives on a farm in Clinton with her husband and children. 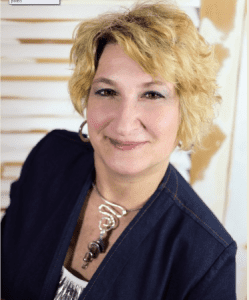 Woods of Bloomington is Director of Finance at The Community Cancer Center in Normal.

A graduate of the University of Illinois and a Certified Public Accountant, Woods enjoys helping small businesses design an accounting system that can handle the reporting needs of a business. Her two children have the same entrepreneurial spirit, one runs a photography business and the other in agriculture.

Illinois Prairie Community Foundation, now in its 20th year, encourages and facilitates philanthropy in McLean, DeWitt, Livingston and Logan counties by connecting donors who care with causes that matter to them. The Foundation currently manages assets of more than $16 million in 160 funds including endowments and donor advised, fiscal sponsorship and scholarship/memorial funds.