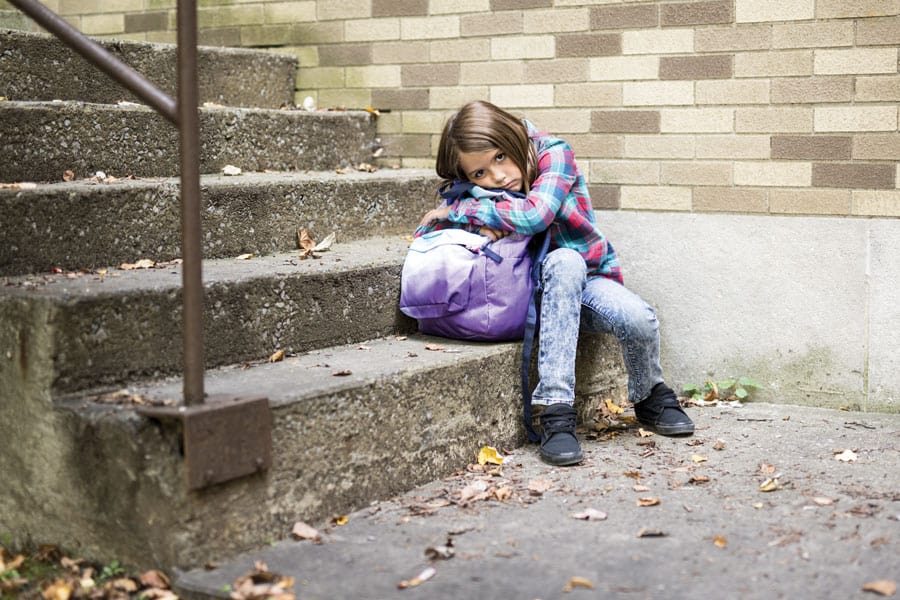 Valerie Beguin paints a picture of the scenes she encountered as a former investigator with Illinois Department of Child and Family Services:

A phone call is made to the Illinois Child Abuse Hotline, which initiates an investigation within 24 hours. The anonymous caller reports seeing his neighbor severely beating her 9-year-old son. An investigation with the Illinois Department of Children and Family Services (DCFS) initiates the process of determining risk. Collateral contacts are completed; the reporting neighbor informs the investigator he has witnessed three similar beatings of this child in the past month.

With this knowledge, the DCFS investigator travels to the home with a law enforcement officer and interviews all members of the household, ultimately concluding that the 9-year-old is at severe risk due to his injuries and must be removed to safety immediately. The boy’s belongings—pajamas, toothbrush, favorite stuffed animal—are swiftly gathered and tossed into a garbage bag. Chaos erupts as the mother realizes her child is being taken into temporary custody. Within 48 hours, the juvenile court system becomes involved, and plans are developed to improve the situation in the home pending the child’s return.

The parents of this child are fully cooperative. They work toward the return of their son, participating in mandatory counseling and parenting classes teaching alternative disciplinary methods. DCFS recommends to the court that the child returns home and will monitor the household closely. The Juvenile Court System agrees, and the child can return home.

This situation is reminiscent of the first time Valerie had to remove a child from his home. She watched him fill a black trash bag with the few belongings he could carry. That image stayed with her after she retired following 20-plus years with DCFS and countless similar situations.

Fast forward to today. Valerie, her son Bob and husband Dan Duback now lead a grassroots nonprofit called Fostering Dignity from their home in Towanda. Their mission is to bring comfort to a victim of child abuse at the time he or she is most vulnerable. They accomplish that mission by giving the victim a backpack to carry his or her belongings—instead of a garbage bag, with its obvious connotations.

She explains her time at DCFS: “You can imagine the flood of suppressed memories—most heartbreaking, a few inspiring … For me the task of removing a child from an abusive environment never felt like a victory. The awareness that any child existed in a situation so harmful and destructive that the only solution is to remove that child from everything he knows is incomprehensible. Your responsibility as a DCFS investigator is to protect a victim from ‘imminent danger’ and place him in a licensed foster home or with a safe relative. Imagine that child putting his belongings in a trash bag while leaving everything familiar, a stranger taking him to a foster family of strangers. No child should ever receive the message that his precious belongings are garbage. A life so fragile, so confused and abused … We need your help to serve this invisible child.”

When afforded the opportunity to present their cause to like-minded groups like the Kiwanis Young Professionals and Youth Engaged in Philanthropy (YEP), Rotary and Guardians of the Children, she often begins with a 5-minute exercise to illustrate just what these children are experiencing in that moment. She has audience members write down five of their favorite things—smell, person, place to be, possession and taste—whatever they may be. Then, one by one, she has them cross each item off their list.

“That’s what these kids are experiencing,” Valerie says. “Imagine what they’re going through. Everything familiar has been taken away. I will never know if that backpack made a difference for that kid, but the investment of $5 is certainly worthwhile.”

In late August, Fostering Dignity set up an informational booth at the Sweet Corn Festival in Normal. Amid beautiful weather, the festive mood and abundant food and fun, Valerie says many people were strongly affected when learning of their mission. Some were reminded of their own history involving DCFS.

“One lady stood in the booth with tears streaming down her face, frozen,” she says. “Other people shared stories of their experience, some as foster children who remembered placing their own belongings in a trash bag, while others shared stories as foster parents receiving children into their care arriving with their precious belongings in trash bags.”

Fostering Dignity was officially launched in 2013, when time and resources finally became available. Prior to that, she and Dan, with little idea where to begin, consulted with an attorney. They eventually learned about the Illinois Prairie Community Foundation, a public charity that, among its many services, acts as fiscal sponsor for small nonprofits.

The foundation’s oversight and guidance include the receipt and processing of donations. Being a part of the foundation also offers small local nonprofits like theirs credibility, says Valerie.

She and Dan give credit where credit is due. “Our project would not be possible without Cheryl and Bill Budde … The Budde family has voluntarily delivered thousands and thousands of backpacks throughout Illinois to DCFS field offices. This enables child abuse investigators to have the backpacks on hand at the time they are removing a child from an abusive environment. Cheryl and Bill have been wholly invested in our mission via fundraising and supporting every phase of Fostering Dignity from the very beginning.”

The project itself is dedicated to the memory of Valerie’s former DCFS supervisor, James Tapen. “[He] empowered me to do the best job I could as a DCFS investigator and caseworker. Jim was driven by his love for children, consistently inspiring me to make decisions ‘for the greater good of the child,’” she says. “Members of Jim’s team always knew where they stood with him. [There was] no need to decipher hidden messages. He taught by example to ‘say what you mean and mean what you say.’” She adds that having had his strong, decisive leadership was the team’s biggest asset in a tense environment where critical decisions had to be made daily.

Valerie and Dan take advantage of every opportunity to share the message. “I look online and in the community,” she says. “I make random calls and ask people, ‘Any chance I can meet with you for an hour?’” She says they are thankful for every opportunity they’ve been given to share their mission. “We are grateful to Corn Belt Energy for the opportunity to educate Illinois residents through this [story].”

Dan adds, “We have gotten to know so many locally.” Those people include other nonprofits working in the community, like Labyrinth House, which helps women build skills and feel dignity so they don’t return to prison or jail. “After you dig in, you clean your glasses,” he says, “and really see the need.”

“I was green,” says Valerie about launching a nonprofit. But she says that shouldn’t discourage others with ideas on how to meet various needs in their own community. Her advice to others wanting to do some good: “First, find a gap that exists where people lack services. Then—persevere.”