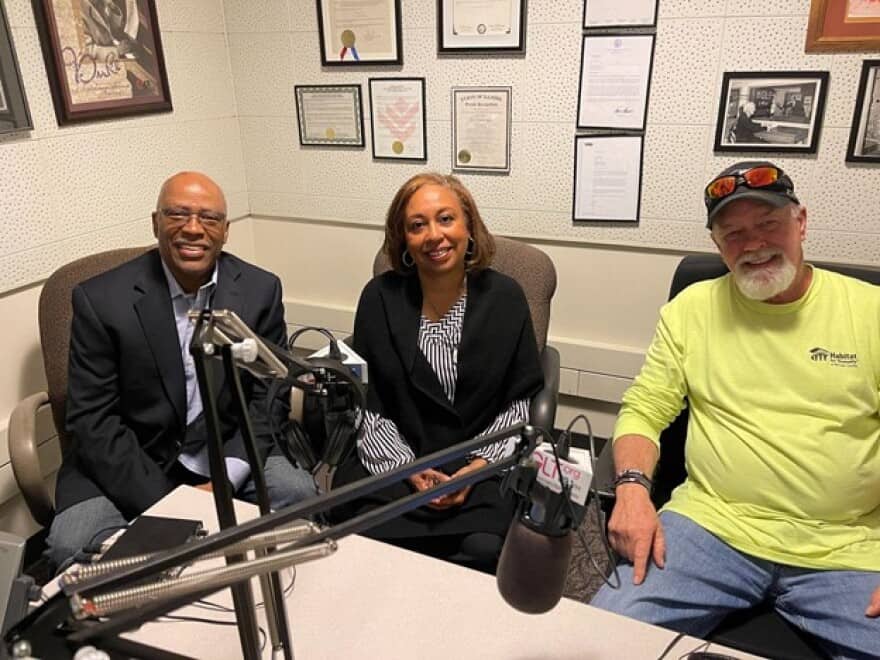 July 22, 2013. That was the day the lives of Frances and Jerome Maddox were changed forever.

Their son, Sgt. Anthony Maddox, had been serving in Afghanistan since January of the same year. He held a position as a petroleum supply fueler — and operated heavy-wheeled vehicles. Seven months into that service, he was injured in an explosion.

The Maddox family first received a phone call. Their son Anthony, injured in combat, had 57% of his body burned. They soon learned after that it was actually 97%.

And then, on that fourth Monday of July, Jerome and Frances Maddox got the visit to the door no family wants. Anthony Maddox survived for two days after the explosion. But he succumbed to his injuries.

“It is an unreal situation in which no parent, no sibling, no husband, no wife should have to go through that. Your heart just drops,” Jerome Maddox, the father of Anthony Maddox said. “Our son did what he wanted to do. He was proud of himself as we were proud of him. And I did get to see him grow from a boy to a man. And I’m so proud of him for that.”

Anthony, who graduated from Normal Community High School, loved football — and earned the nickname “Mad Dog” for his play on the field, which his mother Frances describes as “pretty fierce.”

That leadership on the gridiron translated to leadership on the battlefield. Whether it was helping his peers lift and achieve their physical goals or being there to help a struggling brother, Anthony Maddox was the embodiment of leadership.

“He became a leader (in the Army),” said Sgt. Maddox’s mother, Frances. “He wanted to make the Army his career. He found his passion by being in the military. He was always there for his brothers, and I know they loved him very much. As tough as it is for the families, it’s tough for the military brothers he was side-by-side with.”

Habitat for Humanity McLean County is a nonprofit organization that seeks to build homes for those in the community who need them. The mission statement from the Habitat McLean County website says its goal is to construct, rehabilitate, and preserve homes — while also advocating for “fair and just housing policies.”

Habitat McLean County launched “Heroes of Habitat” in 2019, looking to dedicate one home they build each year to a hero in the community. That hero could be anyone — a firefighter, a nurse, a police officer — anyone who gave their life for the country. In its opening year they built a home in honor of Sgt. Joshua Rodgers, who in 2017 was killed in combat while serving in Afghanistan. The next home was to be built to honor Sgt. Anthony Maddox, set for completion in 2020.

The pandemic came along and halted those plans. But nearly three years after the introduction of Anthony Maddox as the next Heroes of Habitat hero house, construction is about to begin. The ultimate goal was never lost.

“We introduced Anthony then with the understanding we’re going to build this house in the next year,” said Bill Waller, the construction manager of Habitat McLean County. “And it came apart. But the committee didn’t. The committee stayed together. And we’ve had this on our minds the whole time … we were able to keep focus on that.”

The home will be built at 811 W. Grove St. in Bloomington. Waller said construction will be “done when it’s done,” but the goal is to complete the home this October or November. An official groundbreaking ceremony is scheduled for Saturday.

As plans for the second Heroes of Habitat home start to come to fruition, the parents of Anthony Maddox find themselves grateful for both Habitat and the community.

“We thank Bill (Waller) and we thank the community for continuing to remember Anthony, to remember Joshua (Rodgers), and the many others fallen in our community and beyond,” Frances Maddox said.

“It’s just wonderful that we’re able to continue his legacy and his name, partnering with Habitat on this effort, I tell you, it’s tremendous,” said Jerome Maddox.

This July will mark nine years since Anthony’s passing. The Maddox’s view the home in Anthony’s honor as an extension of his life and who he was. Frances Maddox said, nearly a decade after losing his life, Anthony is still protecting families. Just as he was while serving his country.

“Anthony gave his life and made a lot of sacrifices, so we feel like we’re doing the same thing in honor of him by giving back,” said Maddox. “Helping him and helping a family.”

Jerome and Frances Maddox established the Sgt. Anthony R. Maddox Memorial Fund at Illinois Prairie Community Foundation to provide financial support for local scholarships and to support other charitable military organizations. If you would like to help the Maddox family meet this goal, please donate online by clicking here. If you prefer to make a donation in another manner, click here for information.