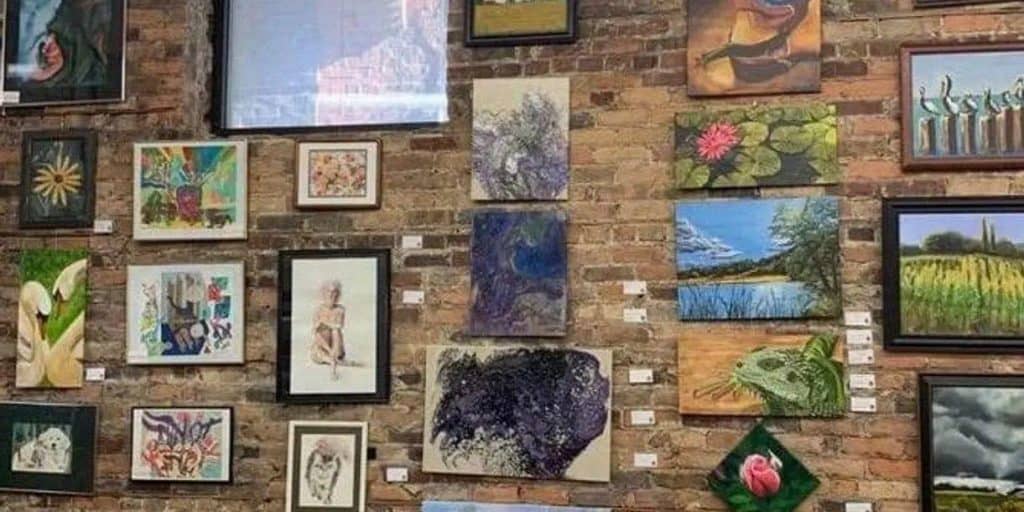 BLOOMINGTON — A downtown Bloomington art cooperative and gallery has found a new home.

Beginning Oct. 6, Threshold to Hope, Inc. will be meeting at the Creativity Center at 107 E. Chestnut, Bloomington. The new location, behind the Bloomington Center for the Performing Arts, will have a large classroom with the ability to spread out and be socially distanced, said director Nora Zaring.

Art is not just great fun; it’s also very healing, Zaring said. “People can come to art with the weight of the world on their shoulders and leave feeling invigorated.”

Because of the pandemic, the organization gave up its classroom at Inside Out: Accessible Art in the Fox and Hounds building at 200 W. Monroe in downtown Bloomington. That led to moving classes outdoors, starting in mid-June, meeting two days a week at Miller Park in Bloomington.

“Art in the Park was a huge success this summer,” Zaring said. “Art was crucial to helping people cope during the summer months, plus, being outdoors was wonderful for creativity. Even though they were doing something new and unconventional, we had over 25 new participants this summer.”

Threshold to Hope, Inc. is a nonprofit organization that is a community service dedicated to offering hope and healing through art to those who can least afford it, Zaring said. This includes, but is not limited to, the homeless, those with disabilities, those of low income or anyone else who cannot afford the luxury of doing art.

“We offer a safe environment for adults to explore new skills or develop existing skills through instruction and mentoring,” she said. “As art is created, marketing opportunities are offered to those who desire to sell their art.”

A 2020 grant from Illinois Prairie Community Foundation provides for a substantial amount of their supplies.