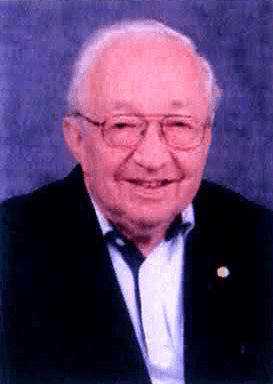 A longtime member of Moses Montefiore Temple in Bloomington, Sol was born in 1928 in Belarus in what was then the Soviet Union. In 1941, the Germans invaded his village and began rounding up Jewish families. His family fled to the nearby swamps, where they joined with others in the resistance of the Nazis. They lived there for three years; life focused on three thoughts, he said in a 1995 interview: “food, staying alive and staying warm.”

Sol immigrated to the United States in 1947 with his mother, father, sister and grandmother, all of whom amazingly survived the war. Although he spoke eight European languages, he knew only a few words of English. The family settled in Seattle, Washington, where Sol became obsessed with getting an education. He received his doctorate in chemistry from North Dakota State University in 1964 and came to Illinois State University in Normal as chairman of the chemistry department in 1969. He retired from ISU in 1992, but remained involved in the university, serving as a design and construction consultant for the ISU Science Laboratory Building, which opened in 1997. He loved listening to classical music, amassing a collection of nearly 2,500 CDs in his later years.

In 1995, 50 years after the end of World War II, the Russians awarded Shulman with multiple medals of commendation for his work as a partisan during the war.

Sol’s love of learning and cultural life live on through the Sol Shulman Jewish Education and Life endowed fund which annually awards to nonprofit programs providing educational programs and materials; Jewish-themed arts, music, and theater programs; and/or Jewish cultural enrichment programs in McLean, DeWitt, Livingston and/or Logan counties that are open to all. The endowment ensures Sol’s legacy lives on.­­

If you would like to make an online donation to the Sol Shulman Jewish Education and Life Endowment, please click on the Donate button below. If you prefer to make a donation in another manner, click here for information.