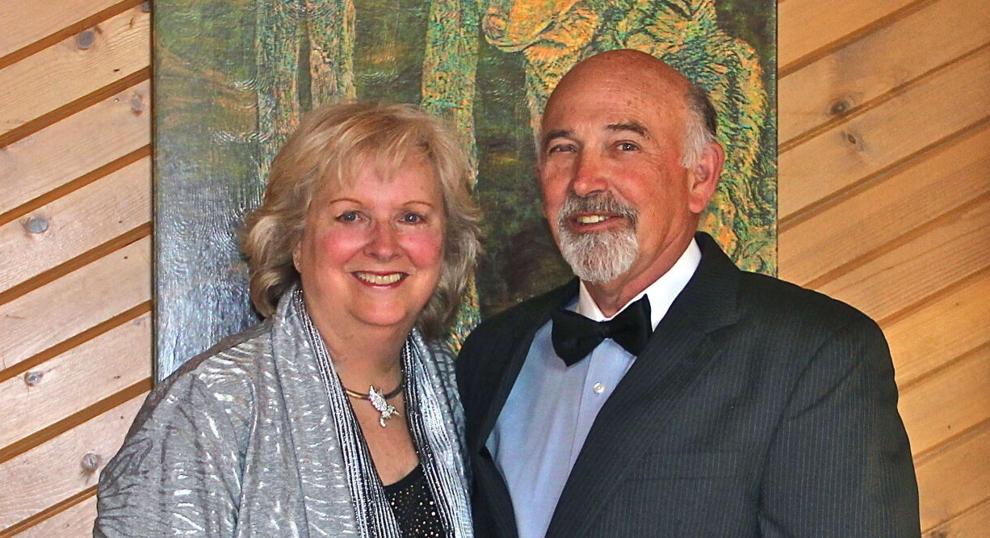 Deanna Frautschi, Alan Bedell, Myra Gordon and George Gordon will be honored this summer at the McLean County Museum of History’s 2022 History Makers Gala, the latest in a long line of residents who have helped to shape the community over a lifetime. Both couples have long been associated with Illinois Prairie Community Foundation.

In introducing this year’s History Makers, the museum’s director of development Norris Porter said Tuesday they all “embody the sense of community, in every sense of the word.”

The gala will be back at Illinois State University’s Bone Student Center on June 15. The museum will also celebrate last year’s honorees — Carole and Jerry Ringer, Marilyn and Bob Sutherland and Barbara Stuart — since the gala was held in a hybrid virtual format.

Frautschi grew up in Bloomington, attended the University of Illinois and spent 33 years working at Country Financial, where she ended her time with the company as executive vice president for human resources and communications. She has served on more than 12 nonprofits boards, including the United Way of McLean County, for which she was board chairwoman and campaign chairwoman, as well as serving on several committees.

Bedell grew up in Ellsworth, attended Illinois State University and served in the U.S. military before starting a career at State Farm. His volunteer efforts began with youth baseball in Downs and grew to include working with the Corn Belt chapter of the National AMBUCS, building wheelchair ramps throughout the community. He served as the National AMBUCS president and has been an active volunteer at Midwest Food Bank for the last 10 years.

Their philanthropy also includes funding student scholarships, working with the Miller Park Zoological Society Board and the Parklands Foundation Board, among others.

“From leadership of nonprofits to hands-on time building wheelchair ramps to loading groceries at Midwest Food Bank and hands-on time feeding baby animals in need, Alan and Deanna exemplify the community spirit that continues to foster a legacy for the future,” Porter said.

Working with the Girl Scouts brought Myra Gordon, a Memphis native, to St. Louis and then Normal, where her then-future husband began working at Illinois State University in 1970.

Myra Gordon’s path into environmentalism and philanthropy began with Operation Recycle, included employment at Mid-Central Community Action and has extended into both Gordons’ long tenures on the Ecology Action Center board. She also earned her master’s degree at ISU and began a career at State Farm during which she served on the Illinois Prairie Community Foundation board.

George Gordon served on the McLean County Board from 1996 to 2020, beginning his tenure as one of only three Democratic members. Together the couple continued their work “healing and restoring our community and the world through the Ecology Action Center,” said Carolyn Yockey, museum board member and chairwoman of the gala, Tuesday.