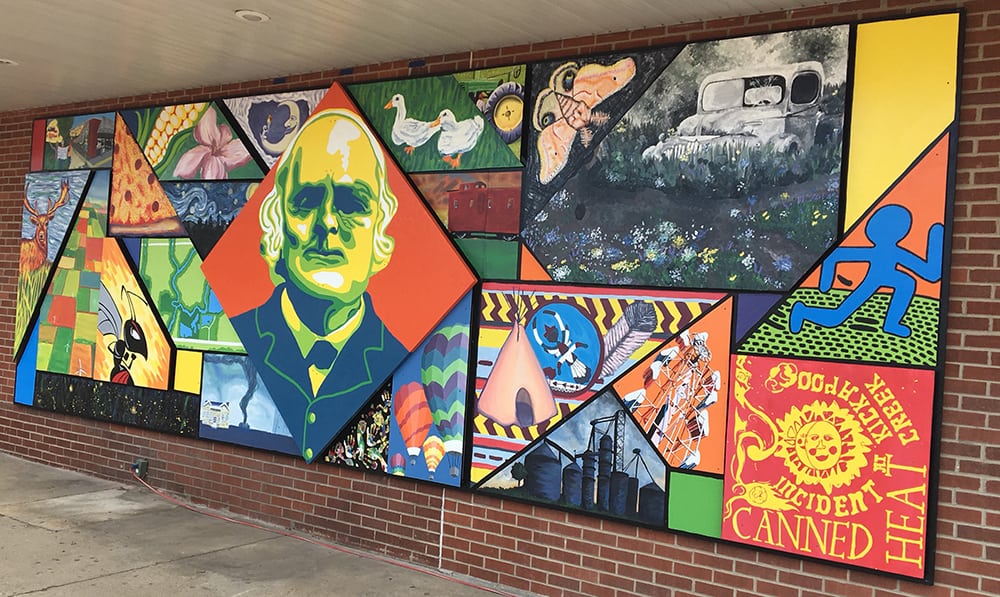 For a small community of about 2,840 residents, there has been big interest in the arts in Heyworth this summer, thanks to the formation of HeART – Heyworth and Randolph Township Arts Council – and a Arts and Culture Grant from the Illinois Prairie Community Foundation.

Each day of the arts camp, art teacher Mary Brooks had different projects for the students to work on – yarn friendship bracelets, bubble wrap art, slime, play dough, shell art, fiber art with T-shirts and bandanas and spinners (fidget toys). “By far, the spinners were the kids’ favorite,” said Brooks.

The camp, which cost $25 to attend, filled up fast, said Brooks. For some of the students, it was their first time to attend, but others had attended for all four years.

“It’s a lot of work to organize,” said Brooks, who was assisted by student teacher Rachel Quanstrom. “The extra money meant we could do it more days (five days), for more time with more projects,” said Brooks. “We were able to buy more, higher-quality supplies with the grant that we couldn’t purchase if it weren’t for the grant.” In addition, camp assistants were paid a stipend out the campers’ registration fees.

Happening later in the summer were two music/theater camps in Heyworth run by Ali Lockenvitz.

Across town at Heyworth High School (HHS), Art Killian mentored three high school students as they upgraded a community mural showcasing inclusive community values that was created about 10 years ago.

Students Ashley Spencer, Jackson Bradshaw and Austin Lopez created a new design for the mural consisting of 32 geometric panels, fit together like a stained glass window, said Killian, a rural Heyworth resident with a background in art. “Each panel is unique, both in subject and style. Many panels are raised from the surface to create a 3D look,” he said.

Killian and Tom Haynes, president of HeART, removed the original mural from the side of the closed hardware store in early June. All the plywood sheets from the original were moved to the FFA garage at the high school.

The students primed and sanded the plywood, then with the guidance of Mary Brooks began design and painting of the mural late in June. “Art Killian was the best possible mentor for these young people and this project,” said Haynes. “There was considerable adult-youth dialog about the mural and other topics which these young people would never have had this summer if it wasn’t for this grant support.”

“The grant made the expansion of the arts camps possible,” said Haynes, “and the mural would not have been addressed in any shape or form without the grant support. The grant funds were instrumental in getting these efforts going and completed.”