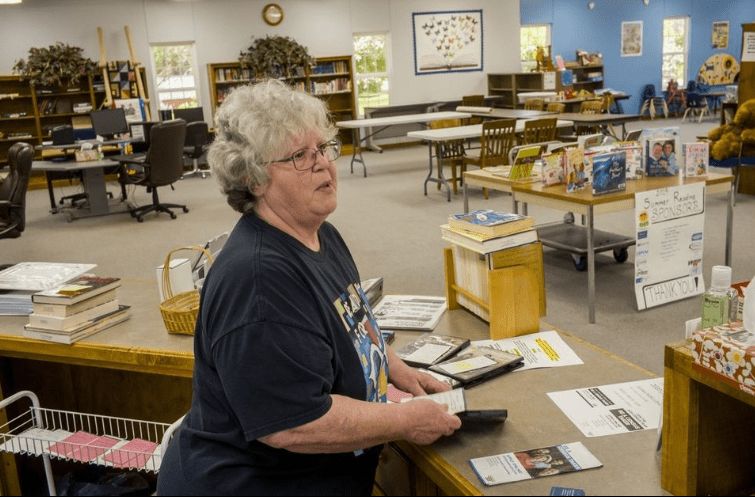 Reprinted with permission of Peoria Journal-Star

It isn’t every day the Deer Creek District Library receives a $2,000 anonymous donation.

Come to think of it, it might not be any day. At least not any day in the two decades Carlene Mathis-Kull has worked there.

“It was such a great way to start my Monday morning,” the library director said about the money received in the mail this week. “It was a complete, complete surprise.”

There were 11 other central Illinois library directors who might have had the same reaction.

The anonymous donor gave $2,000 to each of a dozen libraries, according to Michele Evans, the grants and communications director for the Bloomington-based Illinois Prairie Community Foundation.

No strings were attached. No restrictions were applied.

“I believe in the power of literacy and the importance of libraries,” the donor said, according to a quote Evans provided. “Access gives everyone a choice and a chance, and I would say to everyone, ‘Make the most of it.’ ”

The library in Deer Creek, located along the Tazewell-Woodford county border, intends to heed that advice regarding the donation.

According to Mathis-Kull, the library’s annual budget is slightly less than $100,000. Whatever grants the library receives usually come from the state and average about $1,000 a year.

The most recent state grant the library received went toward doubling its collection of large-print books. Currently, the library has about 100.

Mathis-Kull plans to use the donation to purchase more of them.

Officials at H.A. Peine District Library in Minier are pondering how to spend their windfall. Library director Barbara Tarbuck hopes to boost the library’s reference and children’s materials.

Tarbuck said she appreciated the unrestricted nature of the gift, so libraries can tailor the spending to their needs. The library budget in Minier, which has about 1,200 residents, is similar to Deer Creek’s.

“When you apply for a grant, it’s usually for something very specific,” Tarbuck said. “We’ll be able to do some things that (otherwise) would have stretched us a little bit more.”

Deer Creek and Minier are part of the Reaching Across Illinois Library System, a resource-sharing effort among about 1,300 libraries. The large-print collection from Deer Creek is popular in that system, according to Mathis-Kull.

But those Deer Creek books might not be as popular as the anonymous donor is among library lovers in that community of about 700. Or in the other communities that received such generosity.

“This means so much more to the small libraries, because our funds are so limited and we struggle every year to make ends meet,” Mathis-Kull said.

“This is such a blessed bonus. We’re just amazed and grateful.”