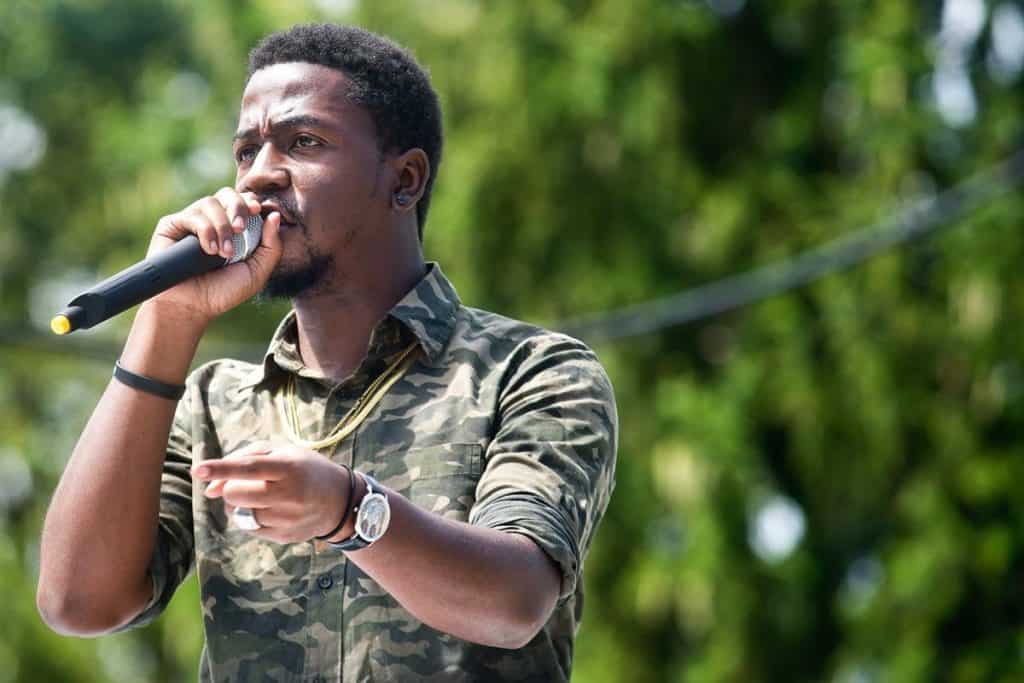 “It’s not just about just the music, just the dancing. It’s really about the entire community and what our community has to offer so individuals can step up and do better,” said Elaine Hill, who has volunteered with the festival throughout its existence.

Four decades ago, the Cultural Festival began as a way to bring together people of all races and walks of life to celebrate and share their cultures and reach toward mutual understanding.

Lee Otis Brewer and Gary Muhammad, who started the festival in 1979, were honored at the end of the day for their contributions to the community.

Though the Cultural Festival has come a long way over the years, Brewer said the community still has far to go when it comes to understanding each other.

“We came far in the beginning with people just trying to understand — that’s what we’re all about,” he said. “And it seems like after 40 years, there should be more understanding. It’s just a long way to go.

Willie and Juliet Simmons attend the festival just about every year for the “excellent food” and the opportunity to meet new people.

“It’s nice for the community. It’s something we look forward to every year,” said Willie Simmons, of Normal. “We come out, have a good time, eat, meet different people — I guess that’s why they call it the Cultural Fest.”

Surrounding the stage, several local organizations and businesses set up booths to engage with the community.

The diversity in the performances is part of what brought Felicia Jiardina of Bloomington back to the festival after attending for the first time last year.

“It’s always nice to be able to get together and have different kinds of experiences from different areas,” she said, noting the belly dancing performance by Tenth Muse Dance and several singers who shared their voices with the crowd.

Jiardina also brought her two children, who ate their fill and had fun spinning the giveaway wheel at the Bloomington District 87 booth.

“They have great activities for kids and it’s kind of nice to get a little bit of diversity,” she said.

Several little ones spent the day running in and out of the Kids Zone, where they could have their faces painted by the Zoo Lady, jump in the inflatable bounce house and try out a few arts and crafts projects.

“It’s really always been a family affair,” Brewer said, reflecting on the history of the Cultural Festival. “No matter what kind of culture you’re in, it’s a family with kids. We basically do this for the kids.”

If you would like to help fund more programs like this in the community, donate online to IPCF’s Mirza/Arts & Culture Endowed Fund.