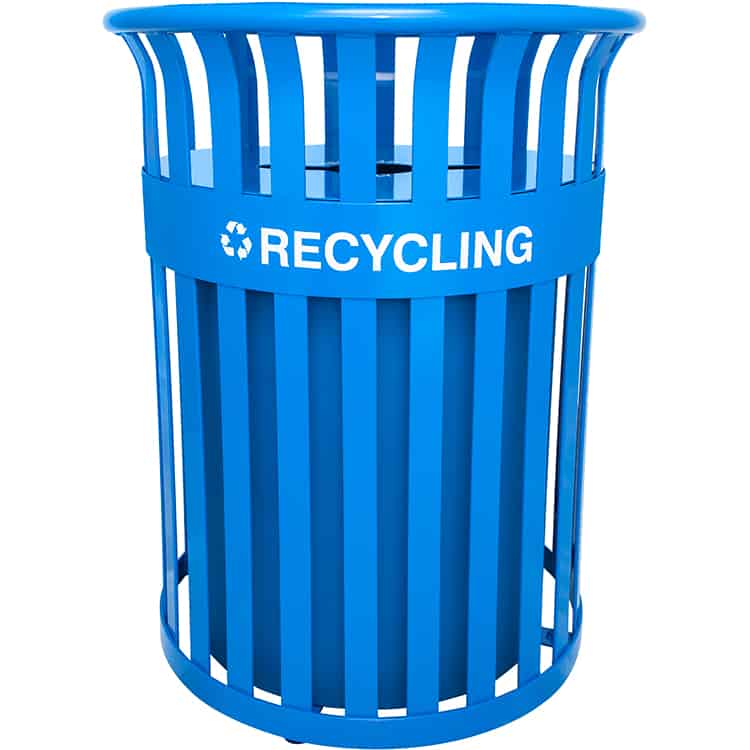 BLOOMINGTON — Four permanent recycling receptacles have been added to downtown Bloomington through funding awarded to the Ecology Action Center.

“Adding recycling has been on the downtown community’s wish list for quite some time. So we are thrilled to finally see them installed,” said Tricia Stiller, former Downtown Bloomington Association director who now serves as the city’s downtown development division manager.

“We’re hoping these initial four bins are just a start of a much broader recycling option for folks who live, work and visit our downtown,” she added. 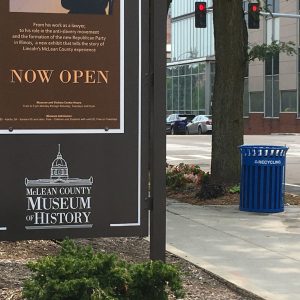 Pictured is one of four new recycling receptacles placed at the four corners of the McLean County Museum of History in downtown Bloomington.

An Illinois Prairie Community Foundation grant — the IPCF Annual Campaign Fund Green Endowment — allowed for the installation of the recycling receptacles as part of a recycling initiative to address existing gaps in recycling in the community, said Michael Brown, EAC executive director.

“A common understanding in waste management is that increasing the convenience of recycling increases participation,” said Brown in a statement.

The four downtown recycling receptacles are located at the four corners of the McLean County Museum of History bounded by Main, Washington, Center and Jefferson streets.

They will be emptied by city public works crews.

In addition to helping pay for the bins, the $4,610 IPCF grant is funding a free recycling cart program for nearly 100 low-income households in Normal launched in June.

The city of Bloomington and town of Normal are both providing a $2,000 match for the grant funding, said Brown. Wayne Aldrich, the town’s public works director, said Normal made an in-kind match by providing recycling containers rather than a cash match.

In Bloomington, the EAC has been working for a number of years with city public works department staff to find a solution for downtown recycling needs, said Brown.

“With the Illinois Prairie Community Foundation increasingly trying to fund environmental projects in the community and the needs for downtown recycling, the timing was just right,” he said. 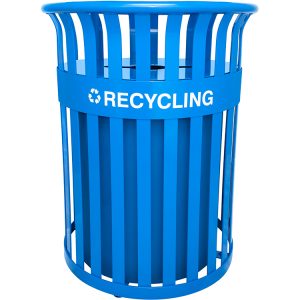 “Combined, those events drew nearly 90,000 visitors in 2017, so that just helps validate the need for downtown recycling even more so,” he added.

The arrival of the recycling receptacles has already sparked interest in adding even more, said Brown.

“There have been some online conversations on Facebook … and interest from some residents about maybe helping contribute,” said Brown. “They are excited to see this program launched.”